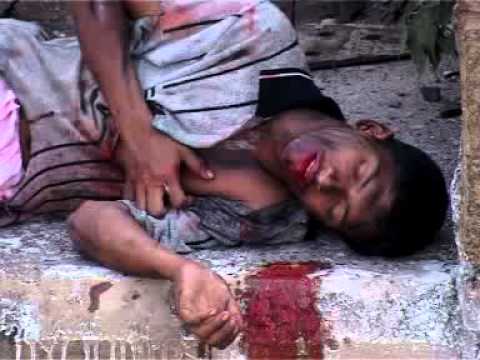 Bro. Yesanna – Founder and President of ‘Hosanna Ministries’ is a God-chosen fellow. He is endowed with several spiritual gifts. He has been in the ministry for 40 years as a well-known preacher, pastor, singer and lyricist. He has planted more than 400 churches in Andhra Pradesh, Tamilnadu, Karnataka, Madhya Pradesh, Maharashtra, Goa and also one in South Africa. He is used mightily by God both nationally and internationally. But his beginning was very humble, which began in the midst of hardships and difficulties. He was born in 1947 in Nellore district, Andhra Pradesh to Tippalapudi Narasimhulu and Kamalamma. His father was a devoted Hindu, while his mother Kamalamma was a Roman Catholic. Every time she gave birth to a baby; and in three days the child should die. Similarly, she had lost three of her five children. After some time she was admitted to St. Joseph General Hospital Santhapet, Nellore District to give birth to his 6th child. A baby boy was born to her on March 19, 1947. As the child struggled to survive, on the third day, she went to Bishop William Bouter and poured his nausea and sorrow before him. The bishop prayed for the boy and kept his name ‘Yesanna’ and prophesied that the boy would become a great man of God.

When bro. Yesanna was 10 years old, possessed by demonic spirits and wandered the streets of Nellore without having a proper conscious mind. Because of this, his studies were completed from 6th grade. For seven years, he roamed like a mad man, vomited blood, slept on footpaths, railroad platforms, and spent a very miserable life. In some cases, his condition forced him to eat the food by vacuuming and trash.

On D-day, February 15, 1964, when Yesanna was walking on the street without his knowledge, he was taken to a meeting place for a Christian cottage that surrounded his home. He wasn’t aware of what happened to him there then. He went and sat inside and heard some worship songs. After the meeting was over, a very bright light shone on him as he was about to retire. 11. He saw the face of the Lord Jesus Christ in the dazzling light and was immediately healed and became a normal person.

That same night he returned to his home after seven years of sound mind. The next day I visited the pastor where I went the previous night. The priest clearly explained to Yesanna that only the God of the Bible healed him, pointing to two references from the Holy Bible, they are “For the Son of man came to seek and save what was lost” – Luke 19:10 (NIV) and “Come to me, all you who are weary and burdened, and I will give you rest “Matt.11: 28 (NIV). The priest gave him a Bible example, and from that time Yesanna began to read the Bible continuously, fasting, and praying regularly.

In 1966, when he was 19 years old, God called him to the full-time ministry. As obedient to the call for God’s service, Yesanna left her home, her family and served in ‘The Pentecost’ church for several years. Later in 1977, I started a small church in a hut in Lemalle, a remote village, Guntur District, Andhra Pradesh.

I had gone through many lawsuits, hardships and faced severe poverty in the early stages of his ministry. But God never left him alone in this state. The ministry began to grow and several new churches were planted in different places.

As Job said “when I have tried, I will come forth as gold”. Now Bro. Yesanna is used powerfully by God both in India and abroad. I had visited and preached in South Korea, Holy Land (Jerusalem), Italy, Egypt, Singapore, Malaysia, South Africa, America, Canada, Japan, Sweden, Dubai, Kuwait and many other countries. All glory and honor be to Lord Jesus Christ and pray for bridge. Yesanna and his extensive ministry.