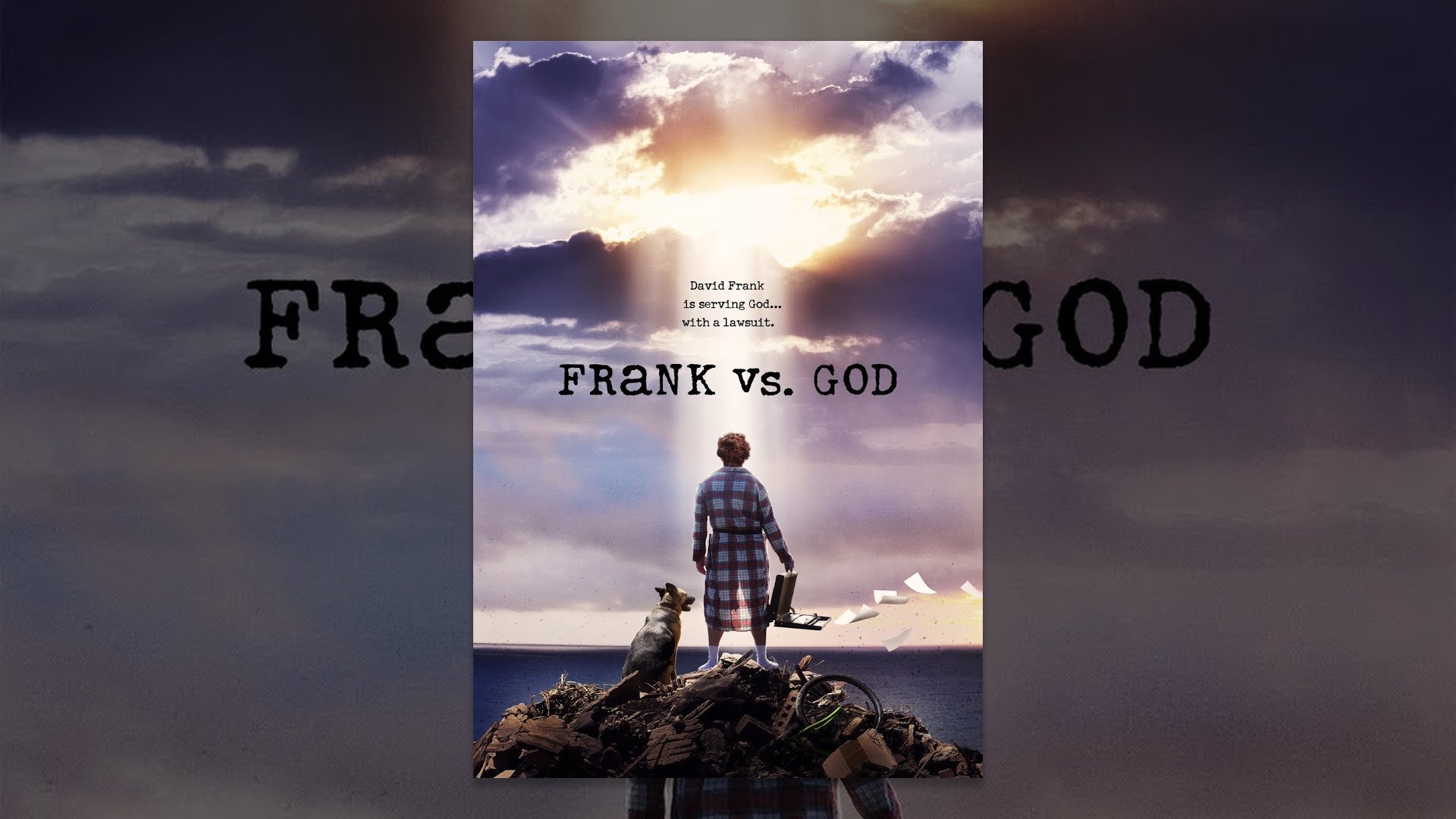 When we meet David Frank, he’s messy. A wounded lion. His spirit shattered by the death of his wife, this formerly successful business lawyer spends days in his bathrobe with his only real companion, his beloved bulldog, Brutus. But while away on a trip to visit his beloved niece Lucy just outside Orlando, a Tornado threatens to destroy his house. David arrives home in a heroic effort to save the poor Brutus, but is stopped by the police and looks helpless as the dark funnel of destruction sucks the house up and the dog, like some Wizard of Oz nightmare – God’s punishing finger. Then, the insurer tells you to add insult to injury that they will not pay because the damage falls under the “act of God” clause of his policy. David is exciting. But then he gets the bright idea of ​​suing God himself for damages and appointing representatives of all different faiths as co-defenders. Run by a megalomaniac and opportunistic judge, a handsome but damaged defense attorney, and David Frank’s own sharp-honed legal gymnastics, what starts with a crazy, radical stunt eventually becomes a very deep and soulful journey.